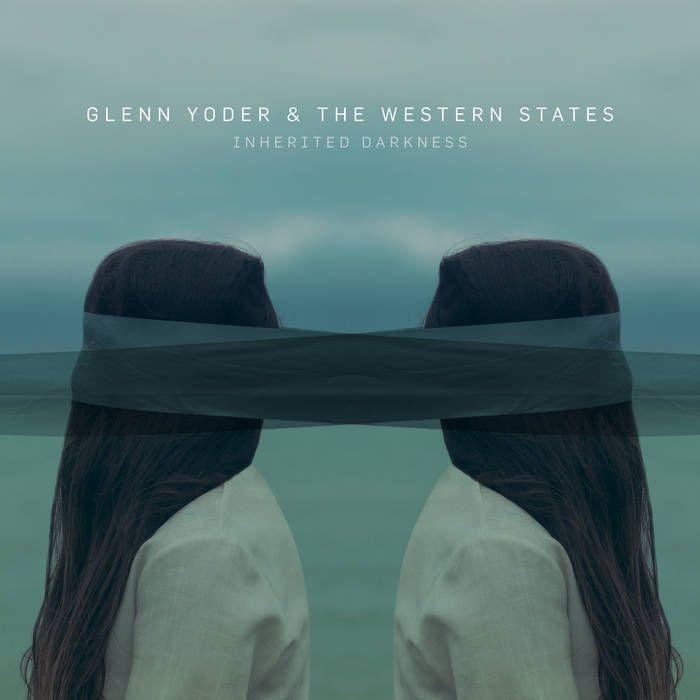 "Inherited Darkness" is Glenn Yoder & The Western States' darkest, most personal album to date. Over bare-bones production that often swells into a beautiful mess of noise, the songwriter opens up about the sometimes crushing weight those closest to you can carry -- and the toll that absorbing that weight can take upon a person. It's a landmark album for the group, the culmination of years of carefully crafting a captivating live show then trying to harness that energy and emotion into a 10-song recording.

In praise of "Inherited Darkness," Americana UK wrote that Yoder "cultivates a direct, no bullshit style of songwriting which inclines the head to the Tom Petty school of Heartbreakers as much as anyone. There’s a comforting aura of whiskey-soaked sorrow jostling for position with foot stomping rug cutters. ... Whatever ‘it’ is, Glenn Yoder & The Western States have got it." Red Line Roots said it's a "'blue record' in many respects that explores much of the emotion of humans in a way that leaves itself open to self-reflection and pensive introspection ... But the variety of sonic exploration and a truly live and raw feel only further adds to the views and words expressed on the record." In a four-star review, Alt Country NL called the album, "moody rock, with an Americana surface," while Twangville wrote, "Yoder has a knack for infectious hooks and an engaging Americana-tinged rock spirit ... Bad love never sounded so good."

Yoder spent five years as the co-frontman of the raucous collective known as Cassavettes -- sharing bills with the Allman Brothers, Kings of Leon, Dr. Dog and others -- before heading into the wild with the 2009 solo record "Okono Road." Upon its release, one publication noted that "Yoder pays homage ... to the great American song," while other writers were quick to label Yoder a "young Paul Westerberg," drawing comparisons to Gram Parsons, Townes Van Zandt, Ryan Adams and the Lemonheads.

By 2013, Yoder had assembled his top-notch band, The Western States, and the group released its first proper album under that band name, the critically acclaimed "Javelina." Eargazms called it "one of the finest alt-country albums of 2013," adding "this creepy backwoods beast of a record is full of huge pop hooks and muscular Drive-By Truckers-style rock." The Boston Globe and Patriot Ledger praised Yoder's skill for songcraft, while the Phoenix named "Javelina" one of "10 records that will set the tone in 2013." Playing in support of that album, Glenn Yoder & The Western States shared stages with the Old 97s, Shooter Jennings, the Mavericks and more, and were finalists in Boston's famed Rock N Roll Rumble.

Two years later, the band released the raw "Blood Red Moon," an album that was primarily cut live, all the musicians together in one room. In praise of the record, No Depression wrote "Glenn Yoder is the king of catchy," while another reviewer said the album "pairs well with barbecue ribs and a tall lemonade, or a bourbon on the rocks." The album drew immediate comparisons to Tom Petty and Yoder's idol, Neil Young. The band spent the early part of 2016 playing dates along the East Coast in support of "Blood Red Moon."

With the release of "Inherited Darkness," Glenn Yoder & The Western States now takes the next step forward. They like to say the album sounds a bit like Band of Horses, Jason Isbell and Dawes teamed up to cover Wilco -- only if Wilco had spent its career aspiring to write ZZ Top's "Tres Hombres." There's only one way to find out.